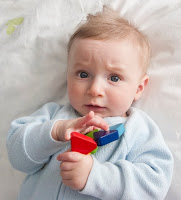 Email ThisBlogThis!Share to TwitterShare to FacebookShare to Pinterest
Labels: 2.0, the kids

Joyce Carol Oates and Me 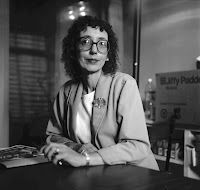 The New Yorker published A Widow's Story by Joyce Carol Oates in the Dec. 13, 2010, issue about the sudden death of her husband, Raymond J. Smith, in 2008. It's a powerful, intensely sad essay. One of our great American writers doesn't need my nod, but I'll offer it up nonetheless.
Her words are accompanied by a striking full-page photo of the couple taken more than 40 years ago, and it reminded me that the first commercial photo I ever took was this shot of her, in about 1994. It was an editorial assignment for the now-defunct arts and entertainment weekly (so defunct it doesn't even show up when googled) L.A. Village View, for which I also copyedited at the time.
I was living in Venice, carless and nearly penniless at the time. I took a couple of busses to Dutton's in Brentwood, where Oates was to be promoting a new book. She was also being interviewed for the Village View, and I had to wait more than an hour while she was being interviewed before getting my three minutes to shoot photos. That meant no warm-up time for the subject. She was noticeably uncomfortable, but gracious and cooperative. She radiated, though not with any conventional beauty. Stereotypically bookish, she also possessed a bright and strong presence.
How did my less-than-auspicious leap into the photo fray conclude? I was paid $10 for the shot that ran in the paper. I was also reimbursed the cost of two rolls of Kodak Tmax 120 and processing. And I continued to copyedit the music section of the paper in exchange for a mediocre Thai dinner one night a week, picking up more $10 photo assignments whenever I could.
2 comments: